My Review: My review of this book is not complete as I have been trying to keep up with my reading and this one is next. I was supposed to take it with me when I took the boys bowling yesterday and it got left, along with the camera on the counter! Anyhow, I am very excited to read this as it just so happens, I just watched several episodes of E.R. that were in Darfur…..so this is very interesting to me to find this book! I will a a complete review later…
Update:
Finished the book! This book combined with the episodes of ER, I saw, just sort of shocked me at how awful it really is over there. This book is an incredible work of art! Julia- a young reporter is assigned to a IDP camp in Darfur. She meets a missionary couple working there, a midwife and nurse, who are giving their time and lives for these people. Intent on exposing the real evil about the people responsible for the genocide, they go "undercover" in burqa’s to record and tape an interview with a leader of the responsible group. The result is kidnapping and murder, but in the midst of it, Julia is called to wonder how the Christians can trust God when everything is so horrible. She is trying to deal with her past, a father in prison, writing from the grave, a mother who is loser…drifting from man to man, and yet it all seems so small when she is facing children who have lost limbs, parents, entire families.
This book will challenge you to look beyond yourself, to wonder if there is more you should be doing for the world out there. This is for sure more than just a novel!!! – Martha

It is time for a FIRST Wild Card Tour book review! If you wish to join the FIRST blog alliance, just click the button. We are a group of reviewers who tour Christian books. A Wild Card post includes a brief bio of the author and a full chapter from each book toured. The reason it is called a FIRST Wild Card Tour is that you never know if the book will be fiction, non~fiction, for young, or for old…or for somewhere in between! Enjoy your free peek into the book!

You never know when I might play a wild card on you!

***Special thanks to Cat Hoort of Kregel Publications for sending me a review copy.***

Shannon Van Roekel has volunteered on the mission field in both Africa and Mexico and much of this novel is influenced by her experiences. She published works in Guideposts 4 Teens and The Upper Room and now lives with her husband and five children in British Colombia. 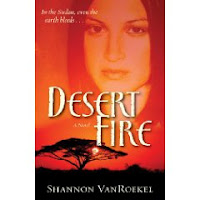 I want to die better than I’ve lived. So I ask you, please read this letter to the end.

It’s the only one I’ll send.

Cold, fluorescent light shone down on the metal desk where Fred Keegan sat. His hair was closely shaven along a massive neck between a pair of muscle-bound shoulders. He hunched over white notepaper, his right hand engulfing the pen.

A sigh escaped him, a moment passed, and then the pen scratched its way across the paper again:

If you receive this, it will mean I am gone from this world—so you can relax, I won’t come and disturb your life.

There are some things, however, that I’d like you to know about me.

One is that I’ve always loved you. I guess your mama didn’t spend much time talking about the father you probably had no trouble forgetting. I don’t blame either of you for having nothing to do with me. I was a real jerk. I was guilty, as charged, for the crimes I committed. That life, I am ashamed of, and I paid a high price. Thirty years in the slammer. And counting. I won’t bore you with the sorry-old-me stuff. Mostly, I want to tell you about the last eight years. Something important happened, and you should know not just who I was, but who I got to be and the Treasure I found. This is why I write to you.

I’ve got a picture of a cute kid taped to my wall. You’re missing your front teeth and have two of those pony things. You’re a cute gal and no mistake. Pretty, like your mama. The picture came in the last letter with the divorce papers.

Fred stopped, head bowed, eyes squeezed shut. The memories of that day still filled him with remorse. The rage he’d felt and his inability to control it. Two guards had taken the brunt, both of whom still carried scars marking the event. Two weeks in solitary was his punishment. Regrettably, not long enough to cure him of his anger-management problem.

Picking up his pen again, he gazed at the photo. The tape had yellowed with age. The girl never aged. She smiled back with sweetness and youth.

I guess you were seven in that photo. That means you’d be thirty-three now. I wonder if I’d know you if I saw you today. Can a man walk past his own kin and not feel the bond of blood that connects them? Recognize the spirit in the other who shares his same history, ancestors, and perhaps God? Maybe that’s why we get goose bumps. Maybe I’m a crazy old fool who’s had too much time to think about the inner workings of this thing we call life.

“Keegan, you got a visitor.”

Fred looked up as the guard unlocked the steel door and stepped aside, allowing a tall man access into his cell. His frown at being interrupted from his writing smoothed immediately into a grin when he recognized his guest.

“Good to be seen, Keegan. How are you feeling today?” Joel Maartens returned Fred’s grin with one of his own.

“Feeling? I guess I’m fine. I’ve got things to do, and that helps keep my mind off the pain.” Fred tried to ignore the pity in Joel’s eyes.

Fred followed Joel’s gaze as he glanced at the bookshelf on the opposite wall. His cell was compact: bed, desk, chair, toilet, sink. But the bookshelf reaching from floor to ceiling was the focal point.

“Nah! Not books this time. I’ve got a letter to write, and it’s not an easy thing to do, Mr. Lawyer.” Fred folded his large frame into a sitting position on the edge of his bed so Joel could take the chair. “That’s why I asked to see you. I need some help with its delivery.”

“Got an address, Keegan?”

Fred watched Joel, wondering how his lawyer would respond to his proposal. They had known each other for the last five years, and during that time, he had learned to value the man’s opinion. Joel seemed less like his lawyer and more like a nephew.

Joel leaned forward, his elbows resting on his knees and his fingers laced together as he spoke.

“I wouldn’t think it should be too difficult. There’ll be a marriage certificate if your ex remarried—would she be the type to remarry?” As Fred nodded and grimaced, Joel continued. “And of course, school registration forms. Maybe with some help from the Web, I could find an address or addresses where you can send the letter—”

“No,” Fred interjected. “I don’t want to mail it. It’s taken me a long time, Joel, but now that I have something of value to offer her, I want to know that it’ll get put into her hands. I don’t know who else to ask. I thought this thing through till my head feels like I’ve got two tumors, not one, and I keep coming back to you. I need you to do this.

“My daughter, Julia, will be my only heir, and you will be the executor—if you agree to it, that is. This search shouldn’t be complicated, but if it is, you can take any funds you require for it from the inheritance provision that you will write up with my signature and a third-party witness. I’m not a rich man, but I’m not a poor one, either, thanks to some of the investments you’ve helped me with.” He stopped. His outburst had winded him.

Fred prepared himself for disappointment as he watched Joel struggle with the ramifications of his request. Things that should be simple and straightforward were sometimes the opposite. For a lawyer to take on the unknown with no guarantee was a leap, and Fred knew it.

Joel hesitated for a moment, then gave a quick nod.

As they shook hands over the agreement, Fred sighed with relief. He knew Joel would see it through. It was enough.

Decorating ideas- on a budget